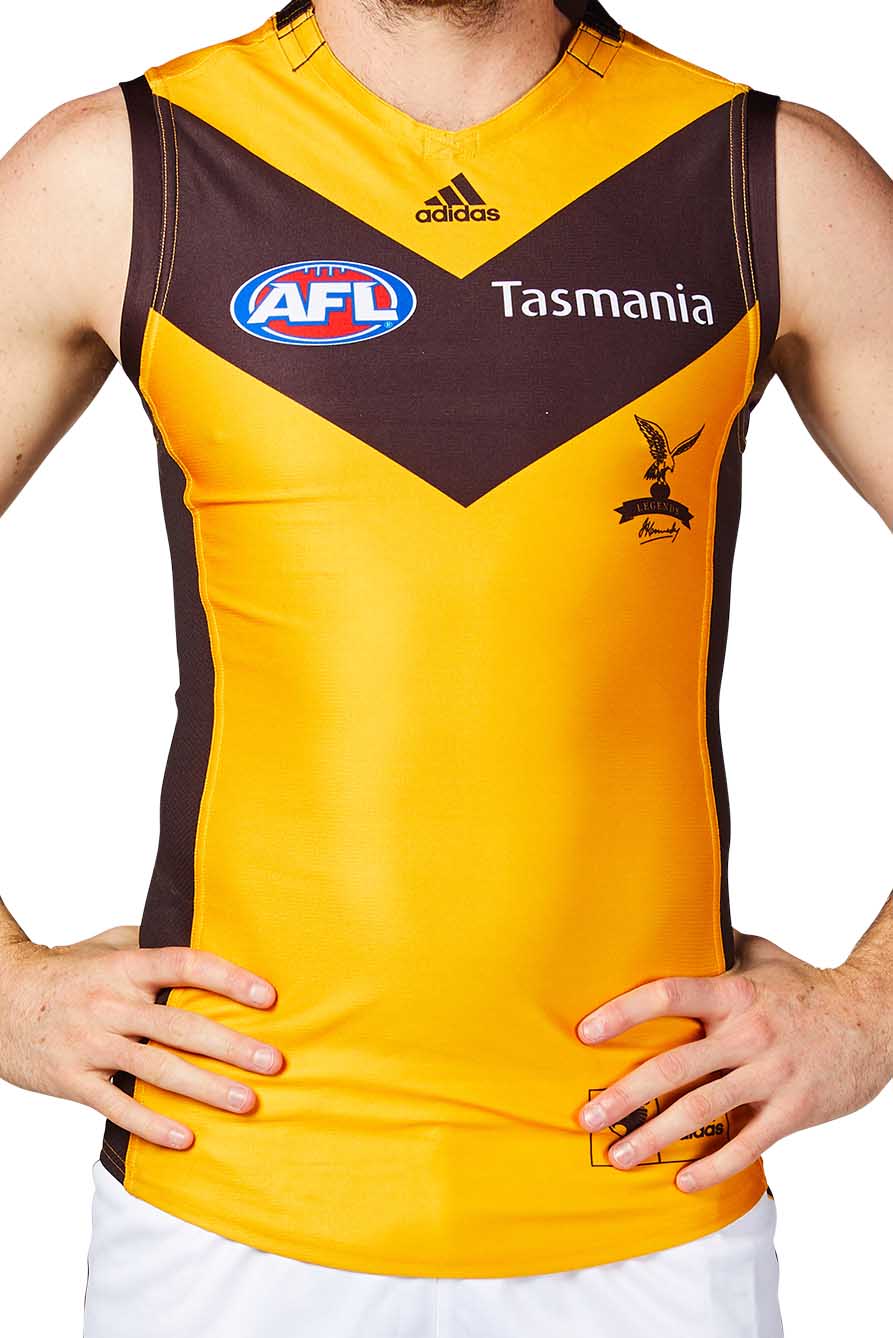 In 2020, we celebrate Vale John Kennedy Snr who is honoured with his signature below the chevron in addition to statistical information and a digitised photo on the back neck collar of the guernsey summarising his irrepressible career accolades.
John 'Kanga' Kennedy played 164 games for the Hawthorn Football Club in 1950–59 (Captain 1955-59), including its first ever finals appearance in 1957 and was awarded club Best and Fairest awards four times (in 1950, 1951, 1952 and 1954).

Kennedy was elevated to Australian Football Legend status earlier this month, in recognition of a lifetime of service to the brown and gold that included three premierships as coach and four best and fairest awards as a player. He is widely recognised for having laid the foundations of the strong family culture the Hawthorn Football Club knows today. Given Kennedy also spent five years as coach of the Kangaroos, the club saw this weekend’s game as a fitting opportunity to further celebrate the champion. The jumper, unveiled ahead of the 2019 season, is the first iteration of a collectable Legends series, with each of the eight Hawthorn club legends set to be honoured in the coming years. The guernsey is inspired by a former Mayblooms’ guernsey – gold, emblazoned with a brown ‘V’ shaped panel - worn by the club in 1933. Most recently, the Hawks wore the Guernsey for their final home and away clash of 2019 - a 38-point victory over the Eagles.

Do not miss this chance to purchase a piece of Hawthorn history with this extremely rare & unique collectable.

Washing Instructions: -
• Wash and iron inside out
• Do not use fabric softener
• Cold machine wash
• Do not bleach
• Do not tumble dry
• Cool iron

All guernseys are match worn*, unwashed, featuring a sublimated player number with authentic individual signed signature in permanent black marker on the back.

*Only players that represented the club in Round 4 will be auctioned off as a part of this program.