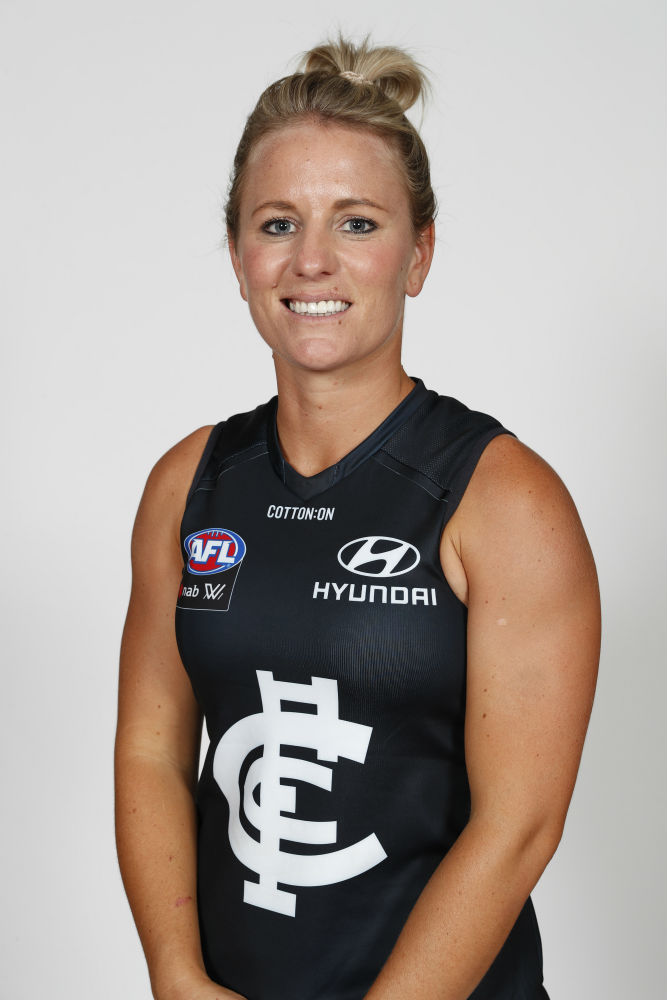 The Pride Game recognises and supports the LGBTIQ community by celebrating inclusiveness, gender diversity and welcoming all people, no matter their sexual orientation.

The design of the Blues’ 2020 Pride guernsey was led by Carlton forward Darcy Vescio, who used the feedback and input of her teammates to help bring the artwork to life.

Vescio said the design was centered around the themes of coming together and being stronger through shared values.

“The jumper is made up of a series of circles which represent the communities and also football huddles,” Vescio said.

“We chose circles because of that and because of their equal structures. Everyone around the circle has a similar place.

“Then there are hands reaching off parts of the circles and grabbing onto other circles, which symbolise human connection and that anyone can reach out to anyone.

“Overall the actual design is like a chain, symbolising the relationship between people and communities.

“Each circle is comprised of different colours, which represents that diversity throughout the community.”

The proceeds will be split between the Carlton Pride Group and LGBTIQ charity Minus18.

Minus18 are the champions for LGBTIQ youth in Australia. The charity creates social change and mobilises community support through their identity-affirming, youth-driven events, workshops, education resources and campaigns across the nation.

Carlton Pride has been the official LGBTIQ supporter group of the Blues since 2017. The group exists to provide a safe and inclusive environment for members of the LGBTIQ+ community. It welcomes all LGBTIQ+ people and allies.