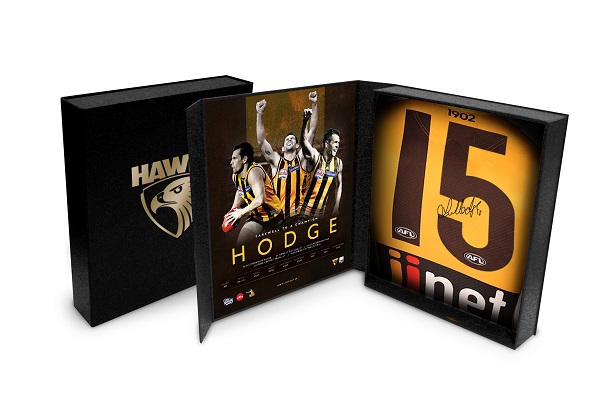 ound 17 will see Luke Hodge achieve the rare milestone of 300 games against old foe Geelong.  Hodge becomes the only the 8th Hawthorn player to join the 300 club and joins names such as Tuck, Matthews, Crawford, Mitchell, Moore, Scott and Langford. These 300 games has seen Luke Hodge build one of the greatest CV's in the AFL; 4-time Premiership player, 2-time Norm Smith Medallist and 3-time Premiership captain. Hodge embodies the traits required to not only star at the top level, but also lead his troops to AFL’s ultimate glory. Along the way, he has twice been awarded the Peter Crimmins Medal as Hawthorn’s Best & Fairest and a 3-time All Australian, paying further tribute to his standing at our proud club. After 300 games only one word can suitably describe Hodge's career - Greatness.

Hawthorn Football Club, in conjunction with the Australian Football League, AFL Players’ Association, is proud to release this specially made Luke Hodge 300th game guernsey inclusive of the unique Hodge300 brandmark in the inner neckline, personally signed by 'The General', this extremely rare item is a must have for both Hawks fans and astute collectors alike.

Luke Hodge will wear a new jumper at every change with 1 of these jumpers being offered for auction to the general public.

This match worn guernsey will come presented in a collectible box with an outer decal to mark the occasion and accompanied by a ‘Certificate of Authenticity’ provided by the AFL Players Association and fully licensed by the AFL .

For all bids in excess of $5k ID verification will be required.

Successful bidders should expect to receive their auction item in mid/late August 2017. 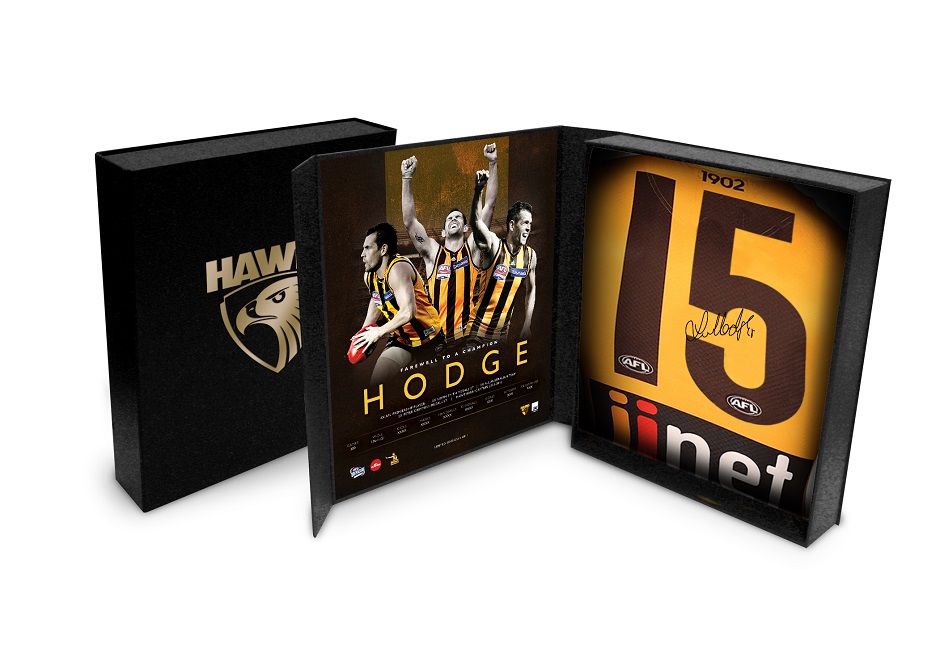 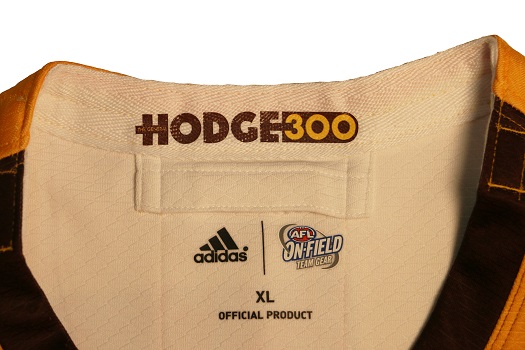 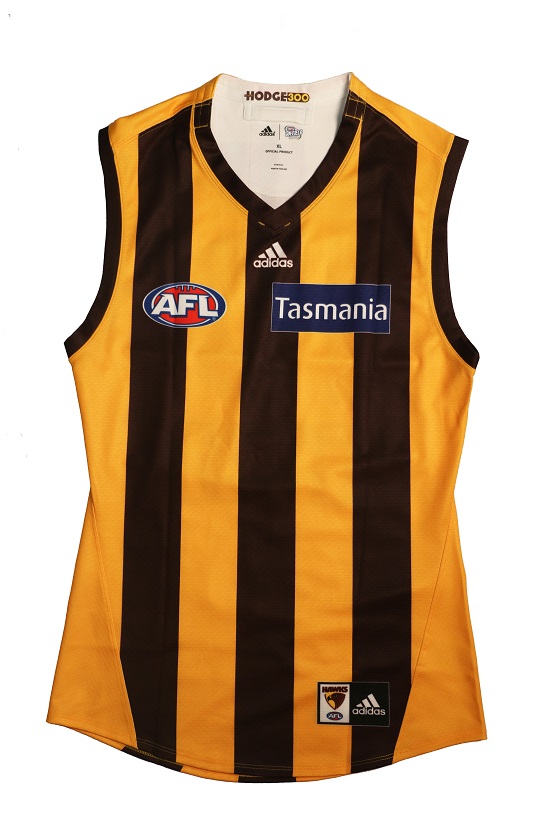