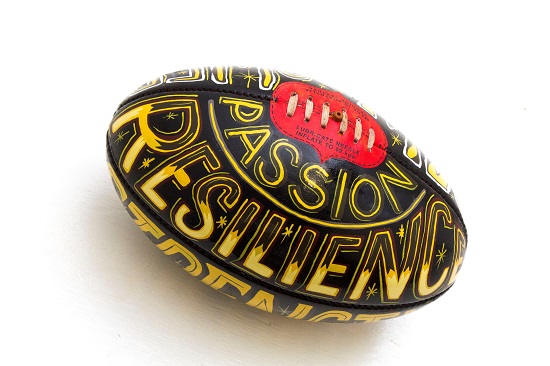 This one-off hand painted Sherrin football has been designed by Callum Preston and Hawthorn's own Luke Hodge as part of Maddie Riewoldt’s Vision ‘Art of Football’ exhibition. Passion, Resilience, Strength, Power and Courage sums up Hodgey's outlook on footy and what it is to #fightlikemaddie

Luke’s football has been strewn with beautifully painted vintage style lettering, covering off just some of the words that resonate for Luke. Painted in a dynamic yet distressed retro style, the design captures the feel of strongmen circus posters from yesteryear.

Callum is an artist, signwriter, and graphic design rockstar from Melbourne. Rubbing shoulders with the likes of Converse, and reality TV show The Block, he’s also part of the Everfresh Studio crew. Instagram: @callumpreston

The 'Art of Football' is a unique and inspirational exhibition featuring eleven high profile AFL players, each baring their souls and sharing their own personal “inspiration” and “ fight.” These personal expressions are artistically represented through the imagination, interpretation and discretion of eleven well known, contemporary artists. This extraordinary exhibition is the brainchild of Xavier Davies, a well- known artist from Torquay in Victoria, who has been inspired by the brave battle of Maddie Riewoldt and her fight against Bone Marrow Failure Syndrome. Alongside good friend Nick Riewoldt, Xavier has created an unusual pairing of two distinct talents in support of something selfless and philanthropic. Together, Nick and Xavier have connected both artists and football players to bring us this emotional and human interest exhibition. The telling of individual stories through an artistic expression on hand painted footballs.

Displayed in the foyer of the NAB building in Docklands, Melbourne from Wednesday 28th June to Saturday 8th July, this very public exhibition honours the life of Maddie Riewoldt who showed us the true meaning of digging deep and fighting for what you care about.

The footballs will be available to purchase via auction over the coming weeks and will be highly sought after in the hope that up to $50,000 will be raised. The proceeds of individual auctions will be 100% donated to Maddie’s Vision to move us one step closer to finding a cure for BMFS.

Proceeds from the auction of Luke's football will go to Maddie Riewoldt’s Vision who, with continued community support since its launch in 2015 has raised over $1.6 million, with $1million already granted to vital medical research projects to find a cure for the Bone Marrow Failure syndromes (BMFS) that affect young Australians each year. Maddie fought her battle with inspiring determination and courage and was determined to make a difference. Maddie Riewoldt’s Vision is that difference. On behalf of Maddie Riewoldt’s Vision we invite you to join us in supporting this unique effort of Luke Hodge, the artists and players, and all those who stand with the Riewoldt family to honour Maddie’s memory and the memory of every child, adolescent and adult lost to BMFS.

It’s now up to us to put our heads down and lift our hearts and #FightLikeMaddie to find a cure for BMFS. 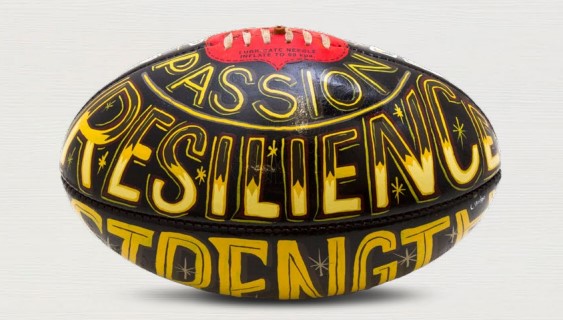 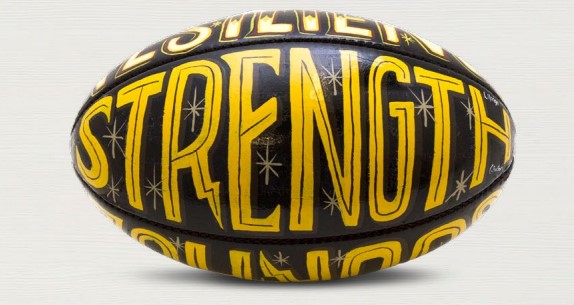