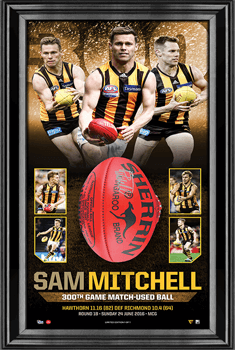 Hawthorn veteran Sam Mitchell will take the field for his 300th game against Richmond at the MCG on Sunday.

The 33-year old was recruited to the Hawthorn Football Club with pick 36 in the 2001 AFL draft after being an important part of Box Hill’s VFL premiership winning side in the same year.

Mitchell continued to earmark himself as a star of the future, winning the NAB Rising Star award in 2003, with his ability to get the ball in traffic and win clearances a real feature of his game.

The on-baller was named Hawthorn’s vice-captain in 2006 and also won his first Peter Crimmins Medal as the Hawks’ best and fairest player.

Mitchell took on the captaincy in 2008, guiding Hawthorn to their tenth premiership as they defeated Geelong by 26 points in the Grand Final.

His second Crimmins Medal came in 2009, before Mitchell handed the captaincy over to current captain Luke Hodge at the conclusion of the 2010 season.

Mitchell had an excellent 2011 season, winning his third Crimmins Medal and his first All-Australian guernsey as the Hawks lost a preliminary final to Collingwood.

A fourth Crimmins Medals and second-place Brownlow Medal finish awaited Mitchell in 2012, despite Hawthorn losing that year’s Grand Final to the Sydney Swans.

The Hawks have had a remarkable run since then, winning the 2013, 2014 and 2015 premierships with Mitchell playing a crucial role in all of them.

He has earned a further two All-Australian guernsey’s in this time, one in 2013 and the other in 2015.

Mitchell’s ball-winning ability and precise disposal have made him one of the best midfielders in the game, and his performances have not gone unnoticed by the umpires.

He has polled 204 Brownlow Medal votes, the most of any player not to win the award.

Mitchell will play on in 2017 having recently signed a contract extension, but will certainly go down as one of the most decorated players in Hawthorn’s history.

To commemorate this special occasion, Hawthorn Football Club have released this framed and signed, match used Sherrin ball as used during the game (this is one of 6 balls used), with Sam signing only 1. 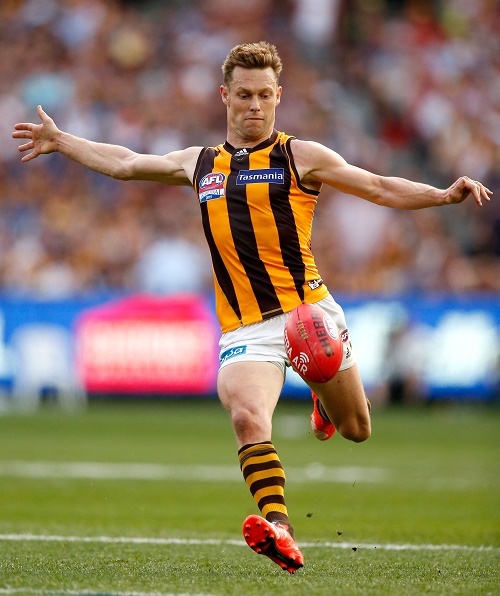 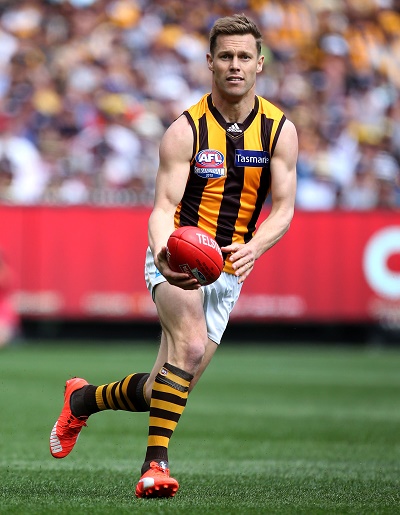