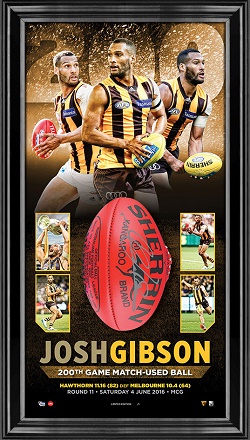 Gibson was again among the Hawks' best, with 18 disposals, 10 one-percenters and five rebound 50s in a strong all-round defensive performance.

The 32-year-old triple-premiership star has been a regular fixture of the Hawks’ back six since crossing from North Melbourne at the end of 2009.

Gibson was recruited by the Kangaroos with pick seven in the 2005 Rookie Draft from VFL club Port Melbourne.

Since then, Gibson has firmly established himself as one of the competition’s best defenders and an invaluable leader at Hawthorn.

He has won the club’s best and fairest twice, both times in premiership years – 2013 and 2015 – and was named the club’s Most Consistent Player and Best Player in Finals during 2011.

Last year, Gibson earned All Australian selection for the first time, a season in which he averaged a career-best 21.9 disposals and 8.3 marks per game.

He led the Hawks in marks (207) and time on the ground (98.9 per cent), and was also was in the club’s top five for disposals, uncontested possessions, contested marks and rebound 50s.

Gibson equalled the record for the most disposals in a game by a Hawk in Round 2 of 2016, tallying 44 disposals against West Coast Eagles. He also kicked his first goal for the club in that match, after 127 games in brown and gold.

To commemorate this special occasion, Hawthorn Football Club have released this framed and signed, match used Sherrin ball as used during the game (this is one of 6 balls used), with Josh signing only 1. 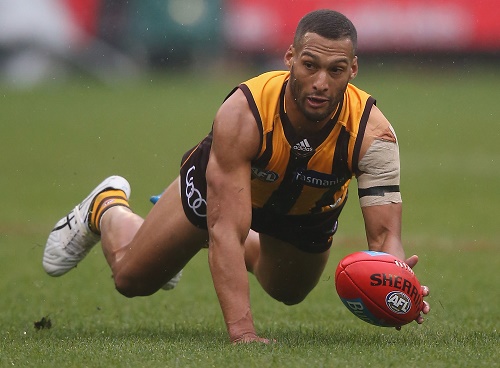