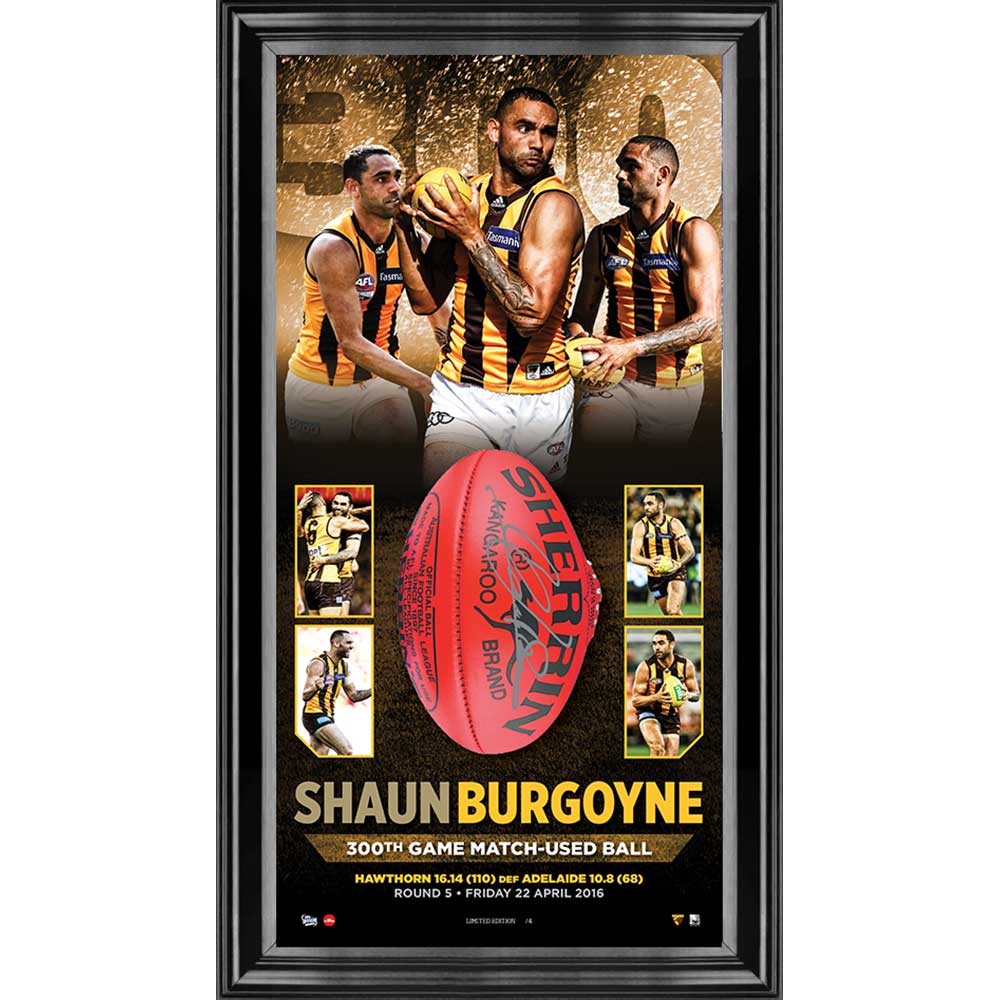 The highly skilled utility then crossed to the Hawks at the end of 2009, in exchange for picks nine and 16.

He has played 31 finals – equal second for any AFL player, ever – and has played the past 62 games in succession.

Burgoyne will become the fifth Indigenous player to reach the 300-game mark, following in the footsteps of Adam Goodes, Andrew McLeod, Michael O’Loughlin and Gavin Wanganeen.

He was an All Australian in 2006 and has also represented Australia, in 2008.

To commemorate this special occasion, Hawthorn Football Club have released this framed and signed, match used Sherrin ball as used during the game (this is one of 6 balls used), with Shaun signing only 1. 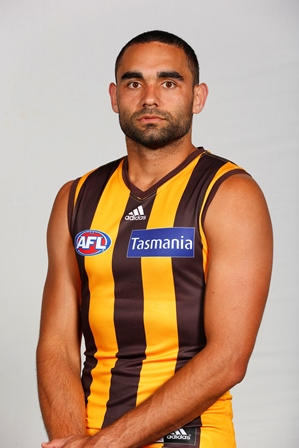