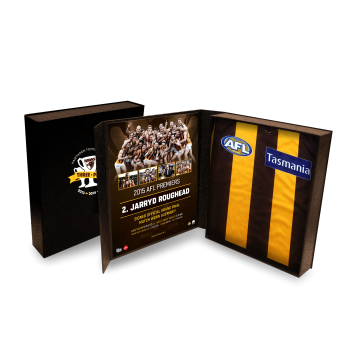 Alastair Clarkson's Hawks has irrefutably stamped itself as one of the greatest sides in VFL/AFL history, clinching its third consecutive premiership with a commanding 46-point win over West Coast in the hottest Grand Final on record.

After the Eagles kicked the opening goal of Saturday's game at the MCG, the Hawks took a stranglehold on the contest with nine straight goals to set up a 16.11 (107) to 8.13 (61) triumph on a windy day when the temperature rose to 31.3 degrees to surpass the previous Grand Final record of 30.7 in 1987.

Just three weeks after West Coast humbled them in the qualifying final, the Hawks turned the tables, rediscovering their trademark mix of 'unsociable' pressure and clinical ball movement that had deserted them at Domain Stadium three weeks ago.

The Hawks set their win up with a commanding first half when they regularly got over the back of Adam Simpson's vaunted 'web' defence to find open targets inside their forward 50.

They also forced West Coast into uncharacteristic mistakes with their relentless defensive intensity, while they were as accurate in front of goal as the Eagles were wasteful.

Cyril Rioli was the star, providing much of the spark on Hawthorn's forward line, particularly in the first half. He finished two goals, four goal assists and 12 marks and was an extremely popular winner of the Norm Smith Medal.

Successful bidders will receive the following: 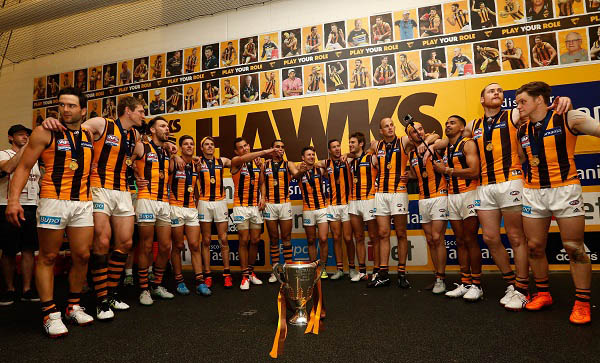 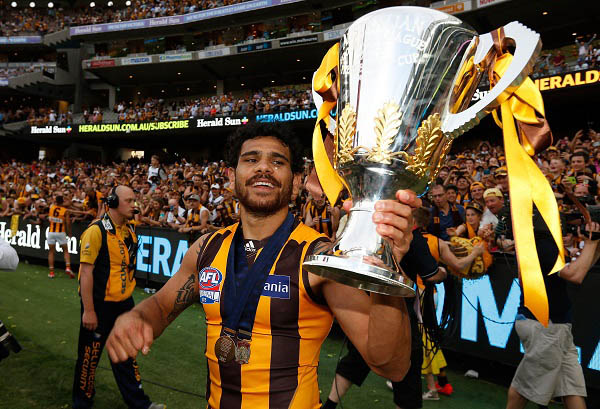