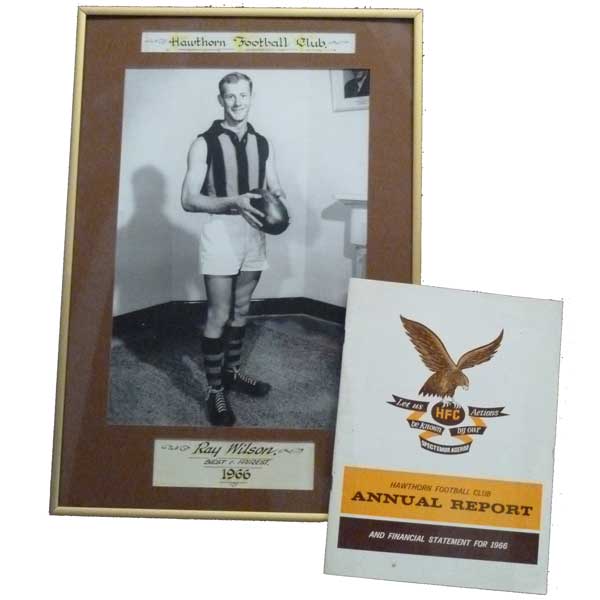 The Ray Wilson 1966 Best & Fairest photo will appeal to any collector of Hawks History.  The photo hung in the Past Players Rooms, Dr Ferguson Stand at Glenferrie for many years and is in excellent condition.

Wilson wore number 10.  He was one of the recruits of the year in 1966 winning the Hawks Best & Fairest Award after being recruited from University Blacks.  The fair-haired winger had deceptive pace, was a sound mark and delivered the ball with an accurate left foot.  Wilson started on the bench in the 1971 Premiership coming on in the third quarter and with his enthusiastic endeavour played his part in what many considered to be one of the toughest grand finals when the Club won it’s second flag.

The 1966 Annual Report is in mint condition and records Wilson’s incredible effort of winning the Best & Fairest in his first year.

Please allow at least one week after payment to recieve this item.