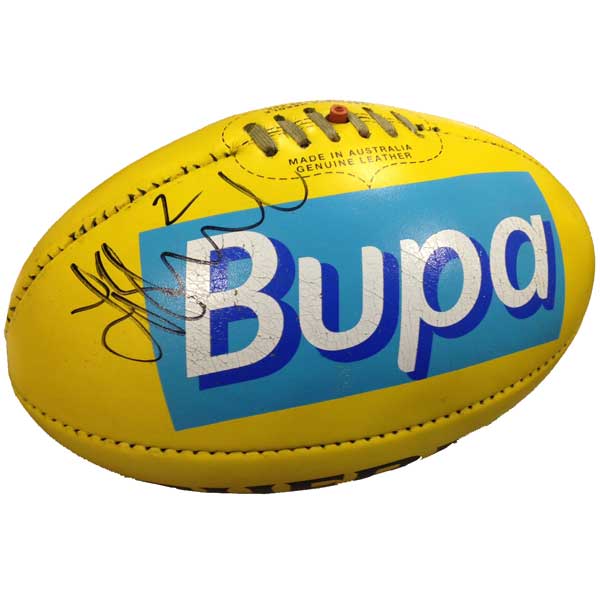 Jarryd Roughead played his 200th match when he lined up against the Sydney Swans at the MCG on Saturday.

Jarryd Roughead made his 200th AFL match one to remember as the Sydney juggernaut finally came unstuck in a 10-point loss against Hawthorn at the MCG. The Swans' undefeated streak finished at 12 games as the reigning premiers won 15.14 (104) to 13.16 (94).

Roughead kicked four goals, three of them coming in the second half as the Hawks seized control of the game in incredible fashion. Roughead needed 45 seconds in the final quarter to slot his fourth, then two minutes later Paul Puopolo booted his second to give the hosts a 21-point lead that proved insurmountable.

Originating from Leongatha, Roughead was drafted to Hawthorn with selection No. 2 in the 2004 AFL Draft and has gone on to win two premierships in his first 199 games. The forward enjoyed his best season to date in 2013, earning All-Australian selection, winning the Coleman Medal and finishing second in the Club’s Peter Crimmins Medal count in a premiership year.

Roughead became only the 30th Hawthorn player to represent the club in 200 games or more.

This authentic yellow match used kangaroo brand Sherrin has been signed by #2 Jarryd Roughead and comes with a certificate of authenticity from the AFLPA and AFL.

Edition 1 of 1 (made available to the public).

Place a bid now for this unique ! 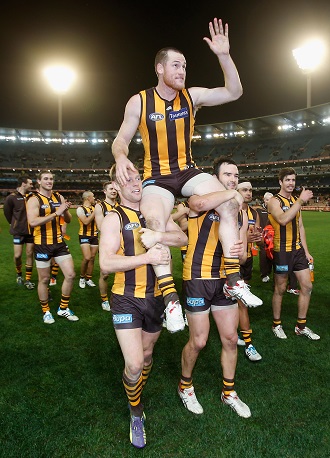