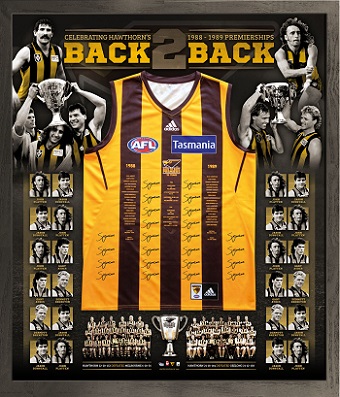 Hawthorn Football Club is proud to release this superbly presented guernsey, celebrating the 25 year anniversary of the 1988-89 Back to Back Premierships. Personally signed by the members of the 88 and 89 Premiership teams, it is limited to only 89 units worldwide and is sure to sell out quickly so act now to avoid disappointment!

FREE POSTAGE ON THIS PRODUCT WILL NOT APPLY