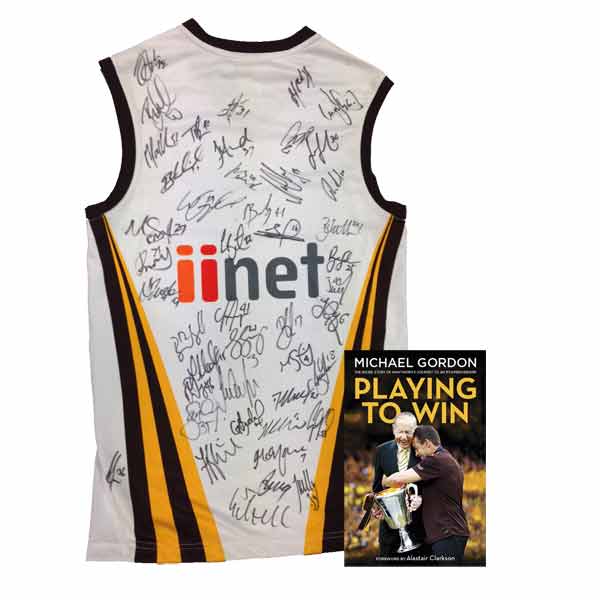 On offer from our Premiership year - a 2013 Team signed Clash Guernsey (replica, size 16, signed on back) along with a copy of 'Playing to Win', signed by Alastair Clarkson, Luke Hodge and Brian Lake.

Some great Premiership items to add to your collection! Don't miss out on this rare deal.

Please allow one week after payment for this item to be available for collection/delivery.

More info on 'Playing to Win':