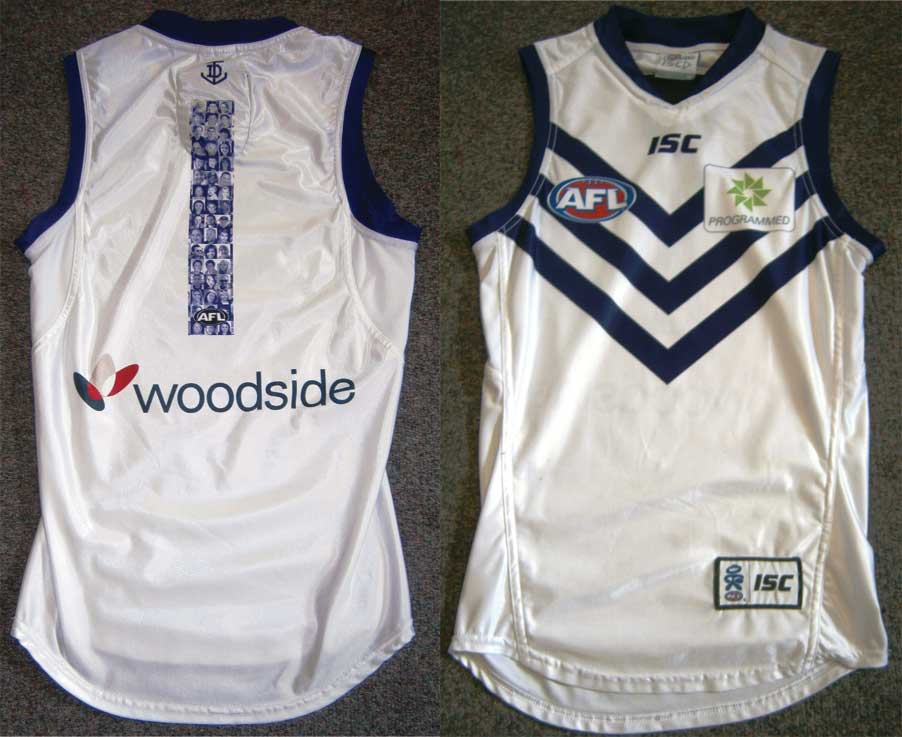 Up for auction is Hayden's player issued 2013 White Night Jumper!