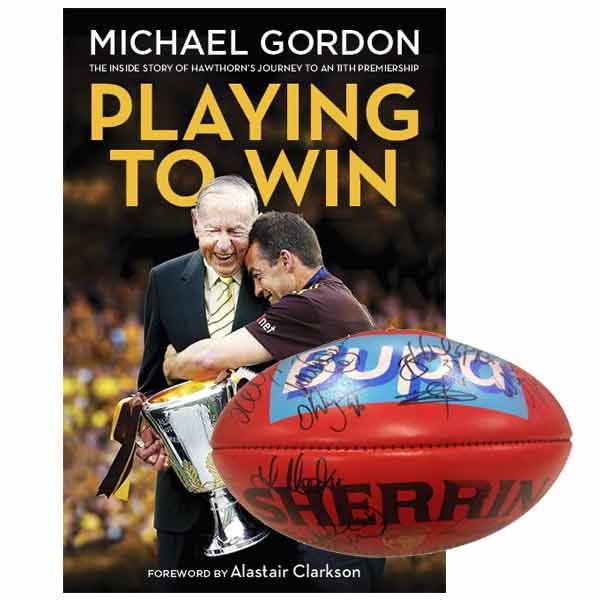 A Premiership package not to be missed!

A 'Playing to Win' book - the story of the 2013 Premiership signed by Clarkson, Hodge and Lake, PLUS a team signed* unused Bupa Sherrin from our Premiership year of 2013.

Further details about "Playing to Win':

The successful bidder can expect to recieve their item approximately one week after payment.

*Please note that this ball is not signed by Lance Franklin