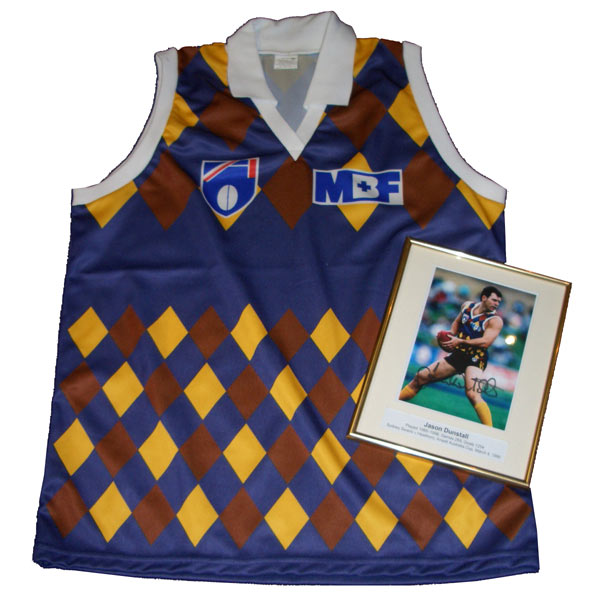 The Blue Diamond Guernsey was only worn for one game, the Ansett Australia Cup Match played in Canberra on Match 4, 1995 when the Hawks went down to the Sydney Swans by 13 points.  Dunstall starred kicking 7 goals.

Collectors of Hawks guernseys now have an opportunity to own this replica that has been copied from the Jason Dunstall Guernsey that can be seen in the Club’s Collection at the Hawks Museum.

An orginal Blue Diamond is a very difficult Guernsey to find, only 2 sets were made in 1995 and after many requests from Hawks fans the Hawks Museum now have made a very limited number of these guernseys.

Please allow at least one week after payment for this item to be posted/ready for collection.