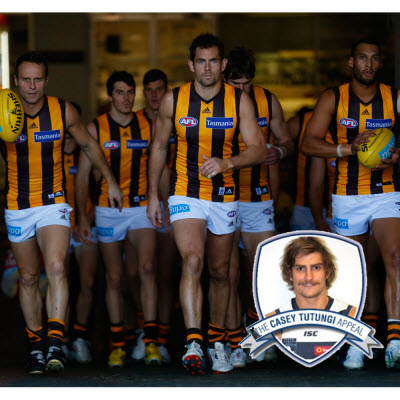 Casey Tutungi was born and bred in the small coastal town of Lorne in Victoria. Growing up in the surf and supporting his dad who played for Lorne in the Colac district football league, Tutungi was bred into sport, in particular football. Casey attended Lorne's P-12 college where his mother was a P.E teacher, until year 4 when he commuted into Christian College Geelong for his senior school studies. Receiving the desired marks, Casey sought further studies in engineering at Monash University Melbourne and has been gainfully employed by Barwon Water as a civil engineer since this time. Casey resides in Wallington Geelong with his partner Bridget, who is expecting their first child later this year. They enjoy getting away camping, fishing and bush walking when they get the opportunity and regularly spend weekends at the Tutungi family property on the outskirts of Lorne.
Casey still loves the beach and getting into the surf when the waves are on, however football is his number one focus. His dedication and commitment to training and playing football to the best of his ability is undisputed. Casey's demeanor and leadership on and off the football field mean he is highly respected and sought after by all local football clubs. He is truly an ambassador for Australian Rules Football.

On Saturday 22nd June 2013, while playing football for South Barwon in Geelong Casey suffered a debilitating spinal cord injury. After collecting the football he pushed through a pack colliding head first into the stomach of an opposition player. Following impact he flopped to the ground and was unable to move below the shoulders, Casey was conscious throughout the entire incident calling for help and commenting that he could not move or feel his body. The game was stopped by umpires, paramedics were called and Casey was transported to the Geelong hospital. He received X-rays and MRI scans at the hospital which revealed that he had fully dislocated and fractured his C4 and C5 vertebrae. Casey was induced into a coma and air lifted to Melbourne's Austin hospital where he was operated on immediately. The operation was successful in realigning his spinal column, fusing his fourth and fifth vertebrae and pinning the fractured bones together. Unfortunately as a result of the dislocation and fracture Casey also severely damaged his spinal cord.
Casey will remain in the care of the experienced staff at the Austin hospital spinal ward until he is ready to begin a program at the Royal Talbot Rehabilitation Centre.

The Hawthorn Football Club players are donating all the proceeds from this auction to the Casey Tutungi Appeal. This match worn away authentic HFC Guernsey from Friday nights top of the table Round 18 clash with Essendon, comes individually & personally signed by the player on his number, unwashed and with a Certificate of Authenticity from the club. Only the selected 22 players will be issued as match worn. Players not selected will not be available as match worn.
Item will be ready for delivery/collection from August 2013.

To donate to the Casey Tutungi appeal, click here:-
http://www.caseytutungi.com/donate-online/ 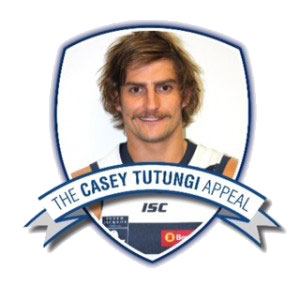