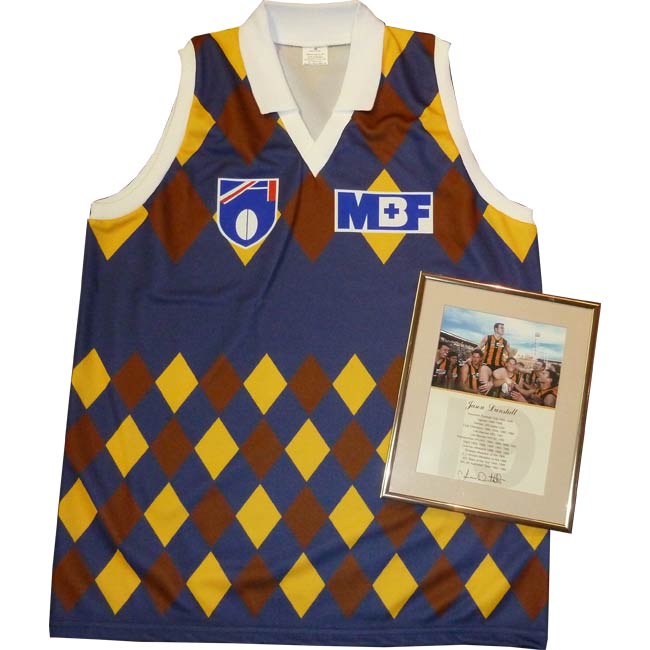 A one of offer – The Blue Diamond, Hawthorn’s first preseason guernsey from 1995 and a now rare commemorative card issued by the HFC to mark the retirement of Hawk legend, Jason Dunstall.

Collectors of Hawks guernsey now have an opportunity to own this replica that has been copied from Jason Dunstall’s guernsey that can be seen in the Club’s collection at the Hawks Museum.  An original Blue Diamond is a very difficult guernsey to find, only 2 sets were made in 1995.

The framed Dunstall tribute records his impressive list of stats and shows a young Jonathan Hay and Trent Croad chairing Jason Dunstall from Waverley Park in the last round of 1998.