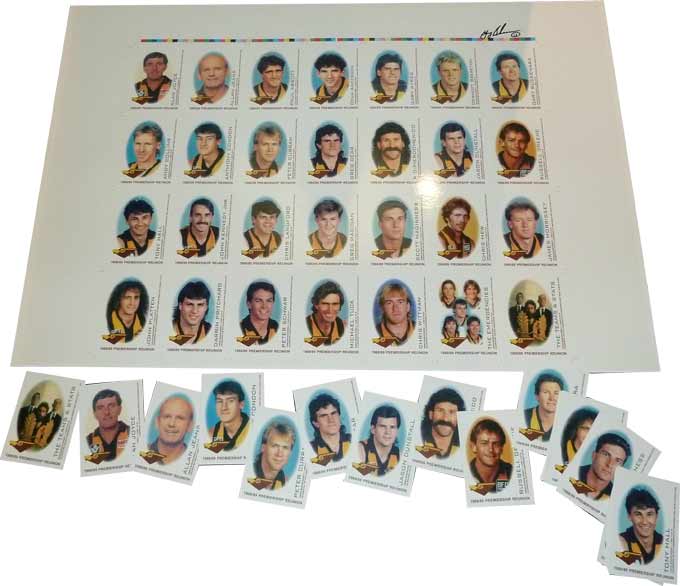 On offer, uncut copy of the second series of the 88/89 reunion cards issued 1999 signed by premiership star, Gary Buckenara

The Hawks Museum has published two sets of cards to mark the 10th and the 20th year anniversaries of the Hawks only back-to-back premierships.

The first edition featured action photos of the premiership heroes with the second edition photos taken from player portraits published by the HFC in the late 80s.

This set of the second edition of uncut cards is in mint condition and is signed by Gary Buckenara and comes with a set of the cards.  Would be a great edition to any football card collection.