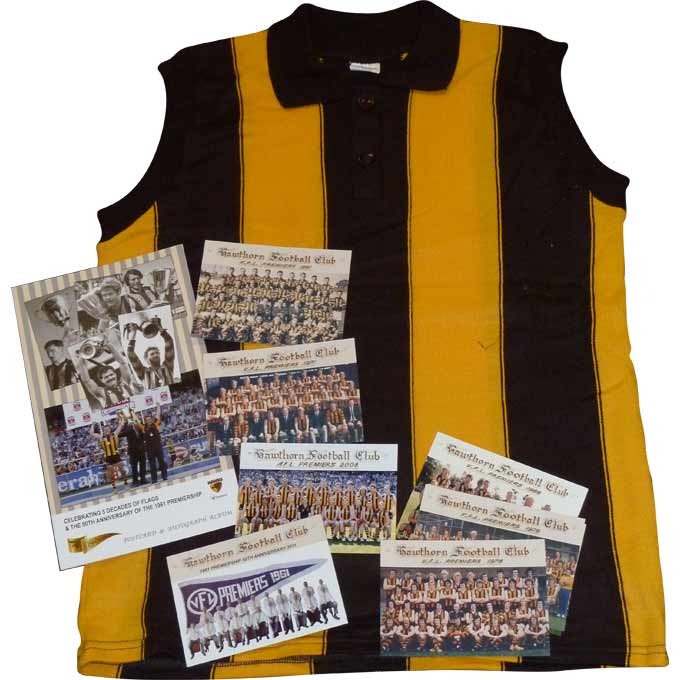 Hawks Museum’s latest offer; 1961 repro guernsey and a signed autograph album by Graham Arthur plus a set of the premiership postcards

As part of the celebrations of the 50th Anniversary of Hawthorn’s first premiership in 1961 the Hawks Museum has released a limited number of commemorative items.