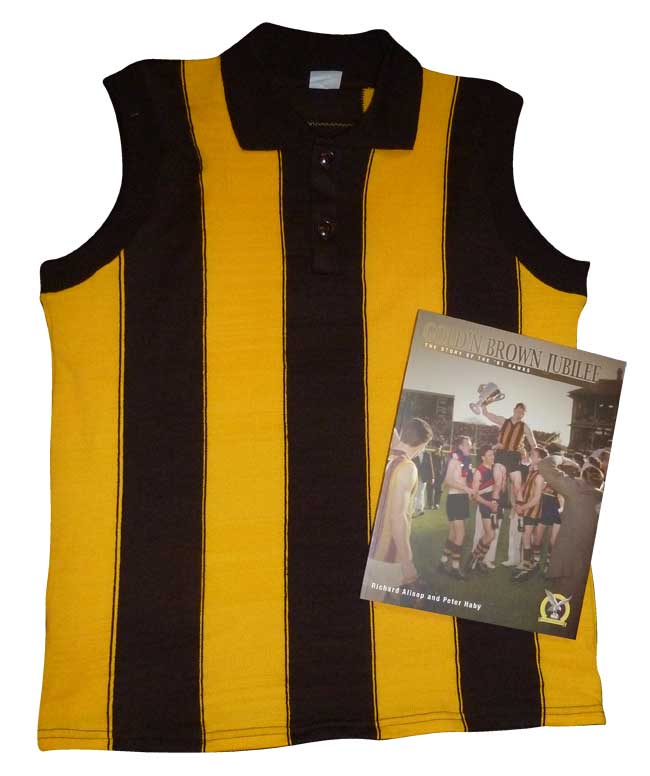 As part of the celebrations of the 50th Anniversary of Hawthorn’s first premiership in 1961 the Hawks Museum released a book titled the Gold’n Brown Jubilee.  This is the compelling story of the players and officials who brought home the Club’s first flag in ’61.  The 140 pages are filled with photos and memorabilia from the collections from the players.  The accompanying DVD is narrated by Peter Knights with the 17 surviving players giving insightful interviews from behind the scenes that will enthral all Hawk supporters.

The 1961 Guernsey, which has been knitted on a recently restored knitting machine that made the VFL Guernseys worn by the players from the 1950s into the early 1960s.   Made from wool, the Guernsey comes with the correct vertical strips and button up collar of the period with a white cotton patch for the players number on the back.  Idea to wear to the footy or for display purposes