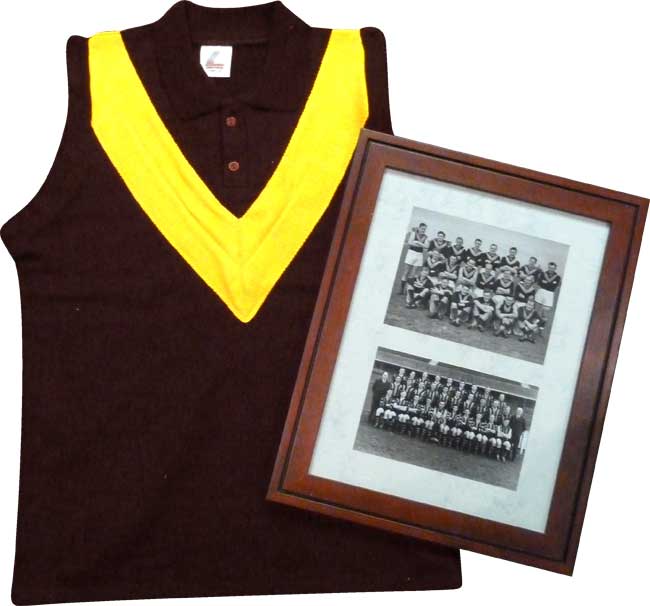 1949 team photo records the last season that the “V” Guernsey was worn by Hawthorn.  The photo includes Captain and Coach Alec Albiston who was inducted into the Hawks Hall of Fame in 2011.  Other stars include Peter O’Donohuue, Ted Fletcher, Butch Prior, Neil Pearson and Col Austen who won the Brownlow in 1949 (awarded retrospectively in 1989).
The 1951 team photo, the second year of the vertical stripe, Kevin Curran was captain with Club President Dave Prentice on the left and coach Roy McCaskill seen in the middle row.  Also in the team are a very young looking John Kennedy Snr and Roy Simmonds.

The guernsey is made from wool with the correct button up collar of the period and would make a very strong Hawthorn statement if worn to the football or could be framed and displayed as a prominent piece in any ardent Hawks’ collection.