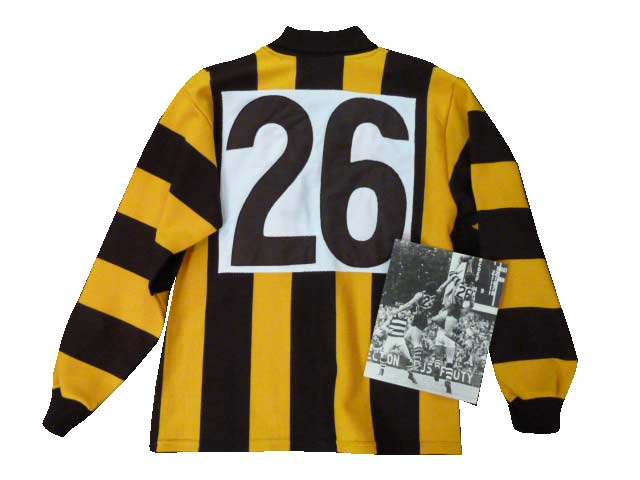 On offer a repro 1971 Guernsey with the famous number 26 with an original photo of Peter Hudson flying for a mark against North Melbourne.

The repro guernsey is the last of an issue of 10 made especially by the Hawks Museum.  The long sleeve guernseys made from pure wool comes with the button up collar of the period and white cotton patch for the number, which is in the traditional black.