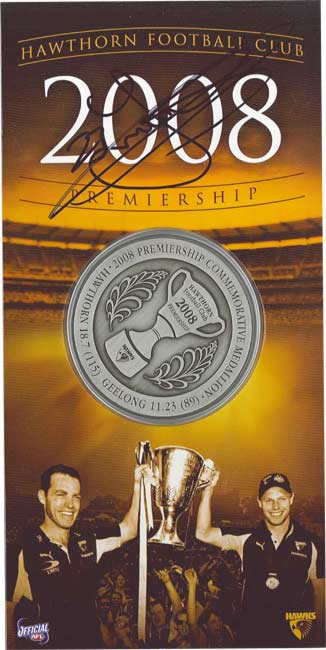 The Hawks won their 10th Premiership in 50 years, 17 years since its last, defeating Geelong by 26 points in 2008. Lance Franklin kicked two 50-metre long goals from the boundary line to not only bring up a total of 113 goals for season 2008, but to break the back of the Cats in the last quarter and ensure another Premiership for the Hawks.

This medallion commemorates Hawthorn's great victory, it comes complete with a mounting display card that features the score and Premiership Team photo. The front of this card has been autographed by Lance Franklin. This item comes to you with a Certificate of Authenticity from the Hawthorn Football Club.