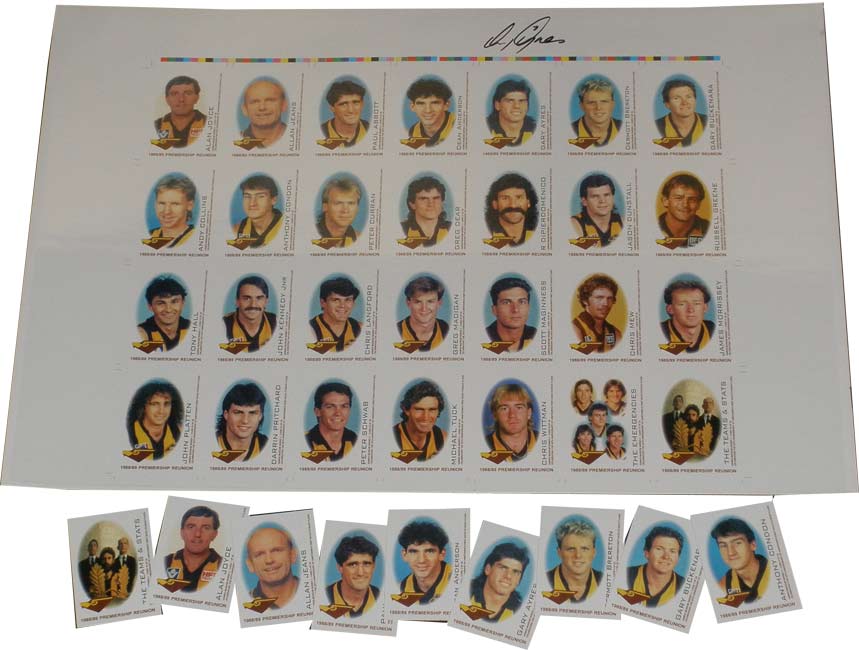 On offer, a second edition 88/89 uncut reunion set of cards that the Hawks Museum issued for the 20th Anniversary of the Hawks first back-to-back premiership in 2009.  Gary Ayres who played in five premierships and won two Norm Smith Medals for Best on Ground in a Grand Final has signed the sheet.

As a bonus this great offer comes with a set of the 28 cards issued.
Condition: mint.