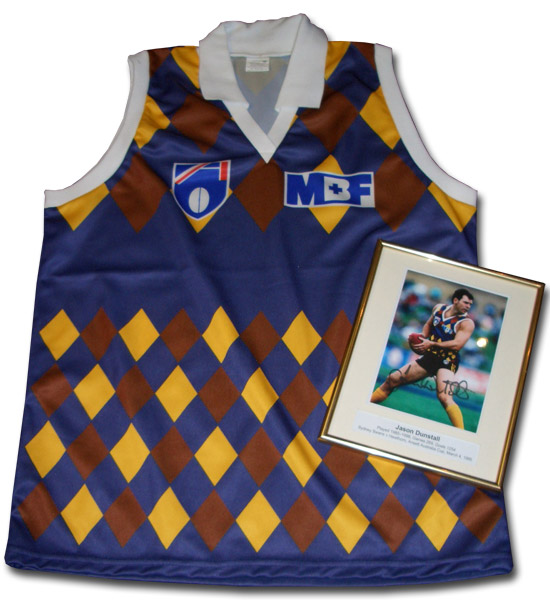 Collectors of Hawks guernsey now have an opportunity to own this replica that has been copied from Jason Dunstall’s guernsey that can be seen in the Club’s collection at the Hawks Museum.

An original Blue Diamond is a very difficult guernsey to find, only 2 sets were made in 1995 for the team and after many request from Hawk fans the Hawks Museum now made a very limited number of these guernseys.

This is an ideal opportunity to have a very different Hawk guernsey to wear to the footy or it would make a very impressive edition to any collection of Hawk memorabilia including the framed autographed photo of Jason Dunstall of which very few are know to exist.